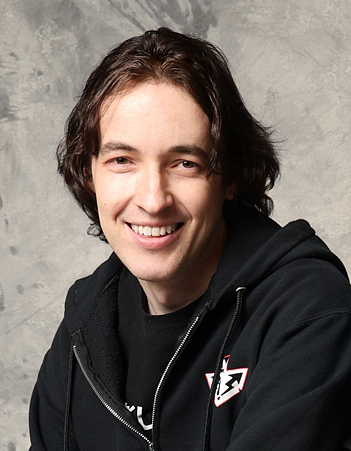 Zek Valkyrie is a Senior Instructor in the Sociology Department at the University of Colorado Colorado Springs.

When not focused on teaching, ze spends time serving as a year-round reviewer for the Institutional Review Board – a position that provides a notable service to the UCCS research faculty. Zek’s own research has produced a book titled “Game Worlds Get Real.” The book details how online gaming has become an overtly rational operation, making the reality of everyday life central in framing game play, and limiting the social latitude for gamers to experience digital spaces as uncoupled from identity politics, gender dynamics, and the pulls of consumption culture.

Outside of work, Zek enjoys writing fiction and playing video games, including some modern favorites such as Octopath Traveler, Persona 5, Xenoblade, and Trails of Cold Steel. Additionally, ze revels in replaying the classic RPGs from the fourth, fifth, and sixth console generations and has been active in Final Fantasy 14 since the launch of v1.

Zek recently had open-heart surgery, which was a grueling and transformative experience. 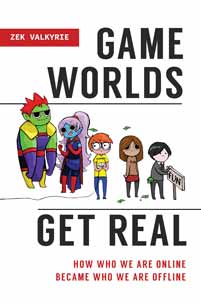 Game Worlds Get Real: How Who We Are Online Became Who We Are Offline. Praeger Publishers. Santa Barbara. Found here: http://www.abc-clio.com/ABC-CLIOCorporate/product.aspx?pc=A5221C

A podcast interview on the New Books Network which covers my book can be found here: http://newbooksnetwork.com/zek-valkyrie-game-worlds-get-real-how-who-we-are-online-became-who-we-are-offline-praeger-2017/

Zek Valkyrie teaches at the University of Colorado in Colorado Springs. His new book, Game Worlds Get Real: